Zapier, the automation tool loved by everyone, sends a payment confirmation email at the beginning of each billing period.

But they’re missing out on a perfect opportunity to help their users build stronger habits around their product, and grow expansion revenue.

Let’s have a look at what their current payment confirmation emails look like: 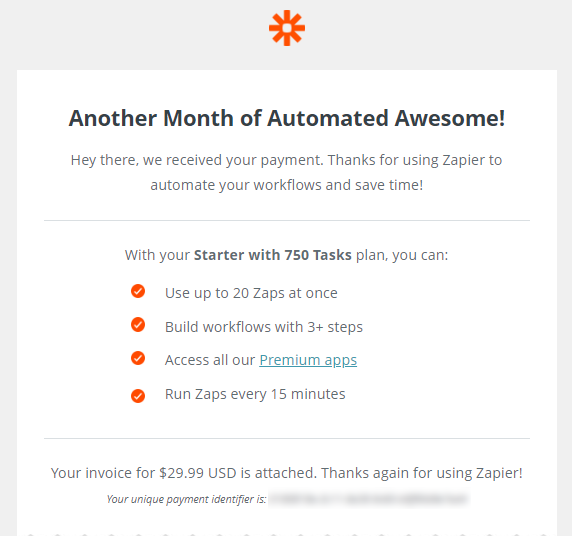 While at first sight, it looks nice and clean, it doesn’t help users understand the value they received from Zapier in the past month, which is crucial in the process of building a habit, and as a result, improving Zapier’s retention.

If you’re familiar with the concept of a habit loop, one of its components is the reward - the gratification for performing a given action. 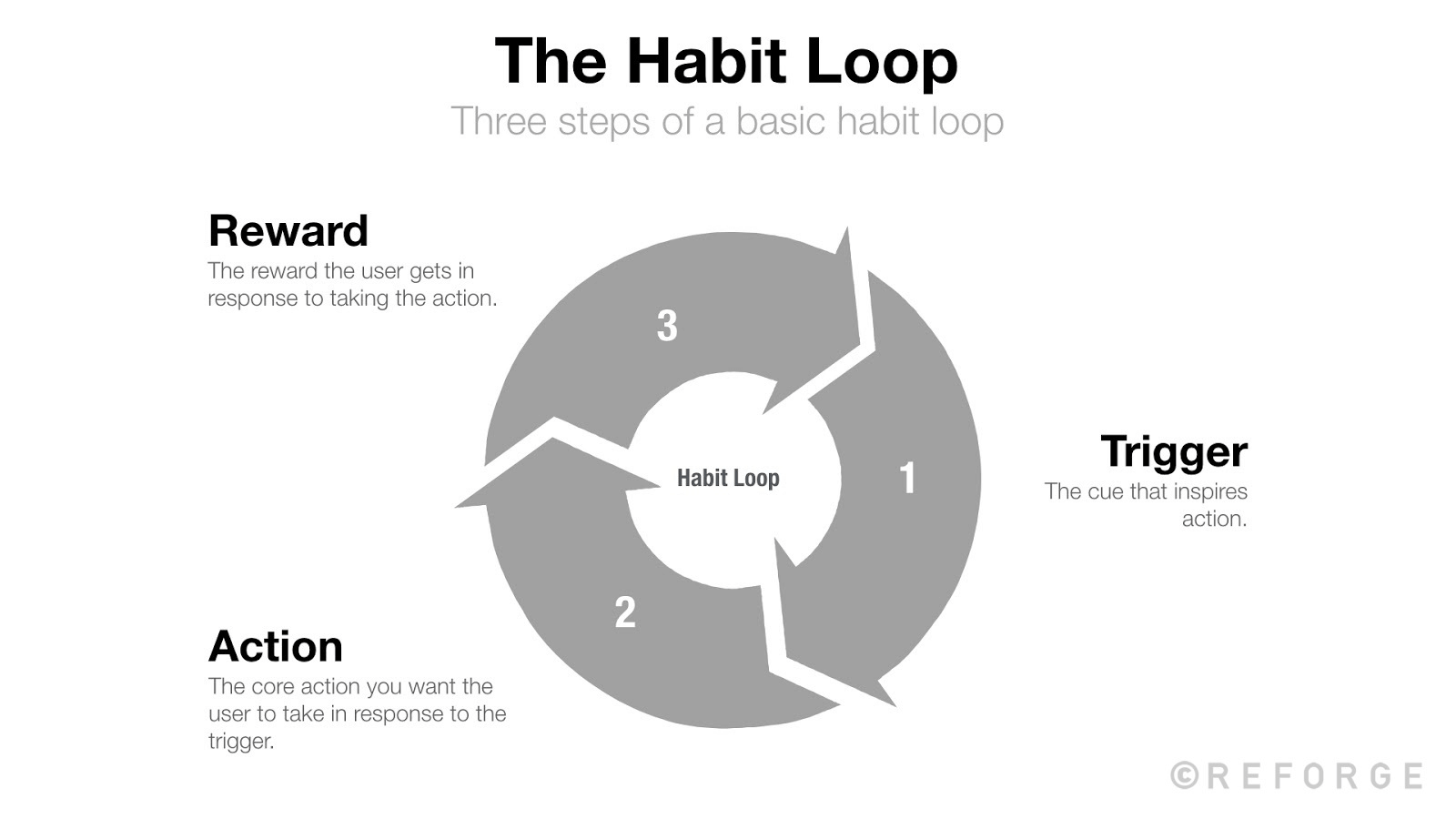 In Zapier’s case, the loop looks something like this: user sees the need to automate a task (trigger) so they create a Zap (action). The Zap automates a task, saving users' time (reward). 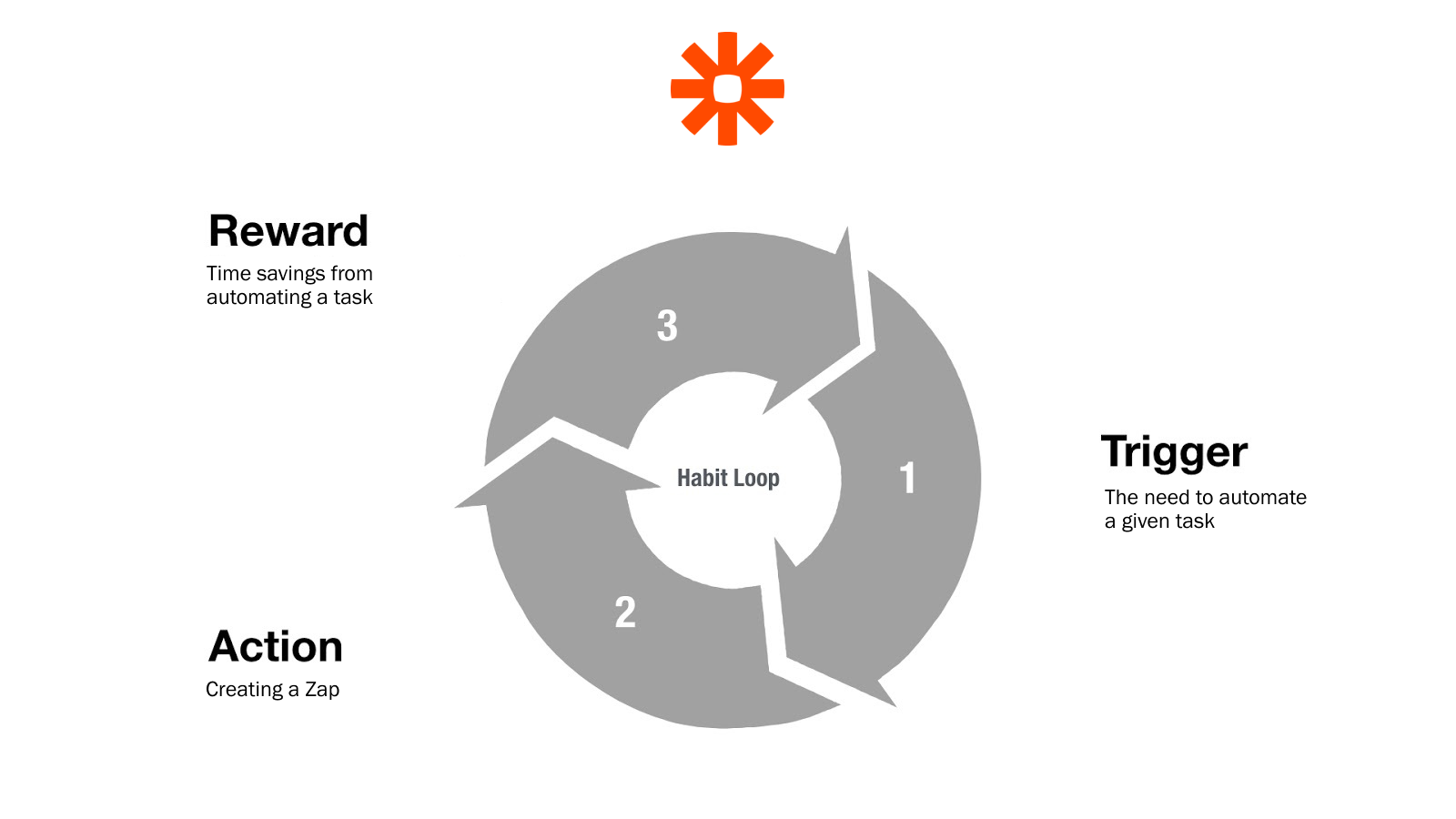 However, as Zapier works automatically in the background, users aren’t reminded of the reward on a regular basis. That’s why the monthly summary email (tactic #64 from Scrapbook) is necessary to make them well aware of the value they got from Zapier in the past month.

Not making the reward explicitly clear to users causes 2 issues:

Here’s how other products use summary emails to remind users of the reward: 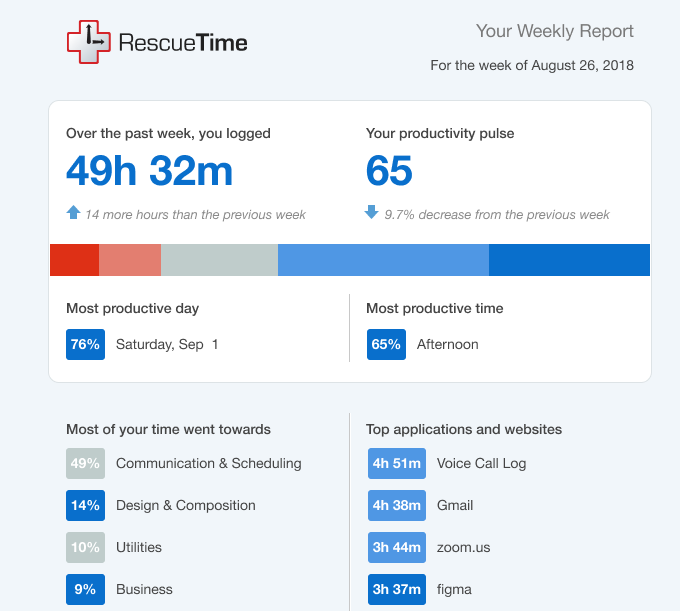 So, how could Zapier optimize their summary email?

Using my extraordinary design skills, I had a shot at creating a new email variant, focusing on the reward and suggesting new Zaps based on user activity: 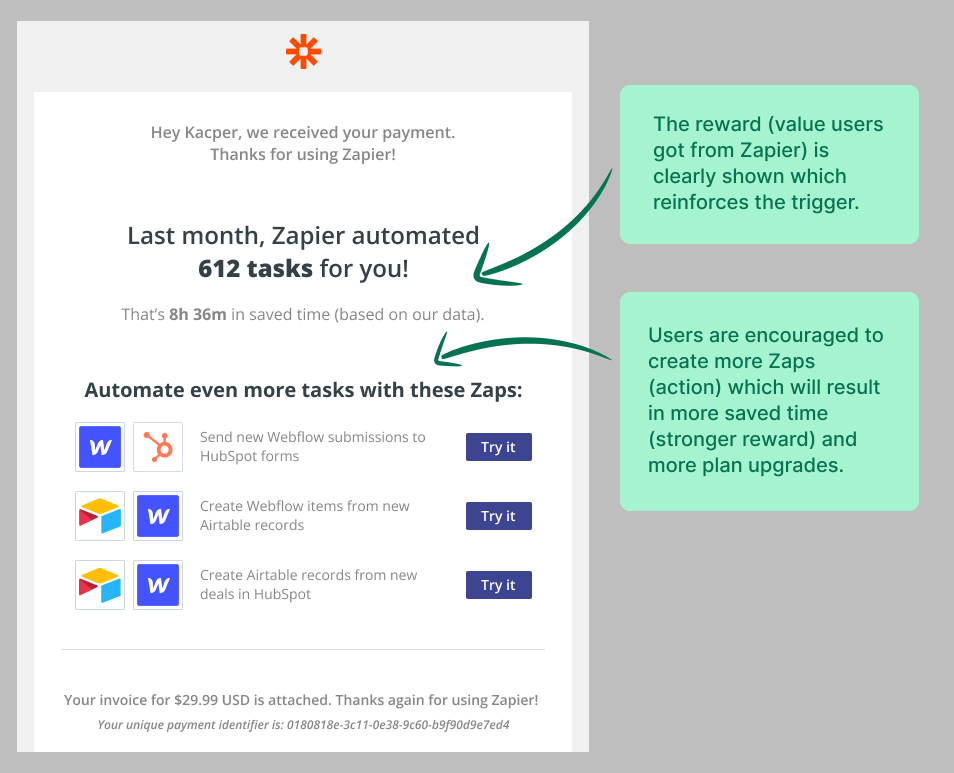 Here’s how it compares to the current version: 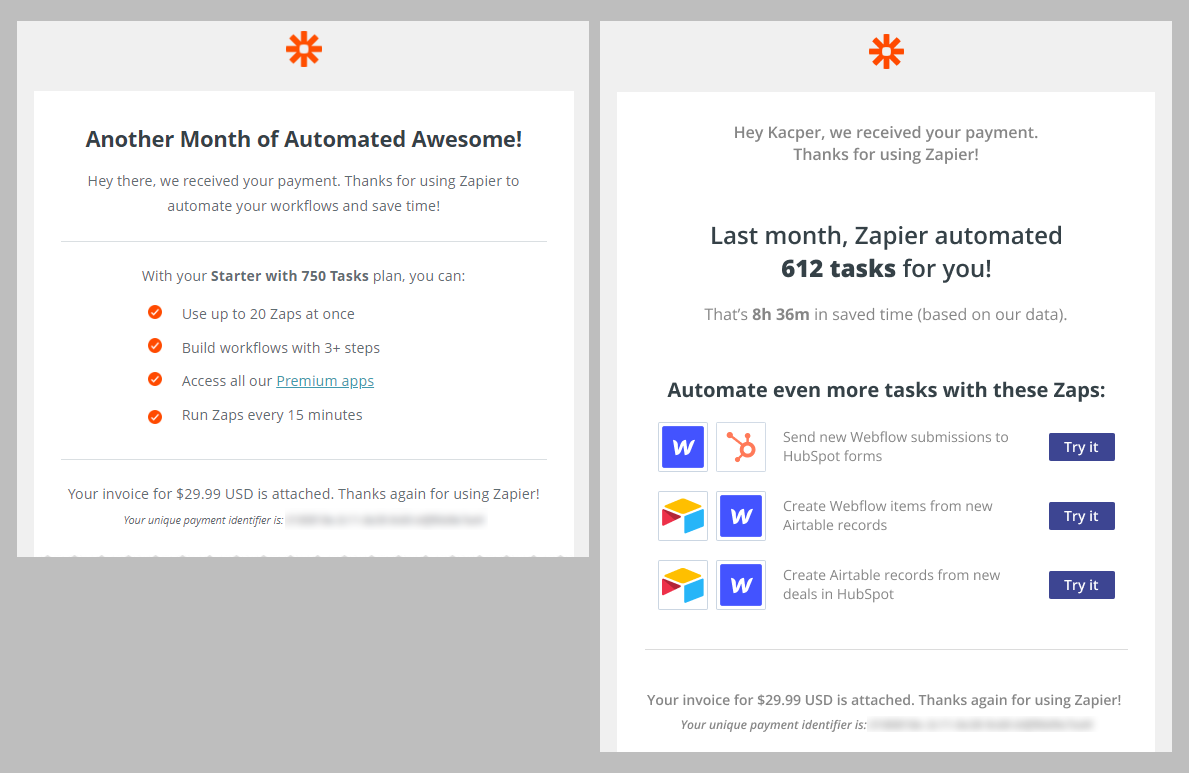 What do you think? How else could Zapier use the summary email to strengthen the habit loop?

Let me know below.

Here's my take on how @zapier could help users build stronger habits around their product: